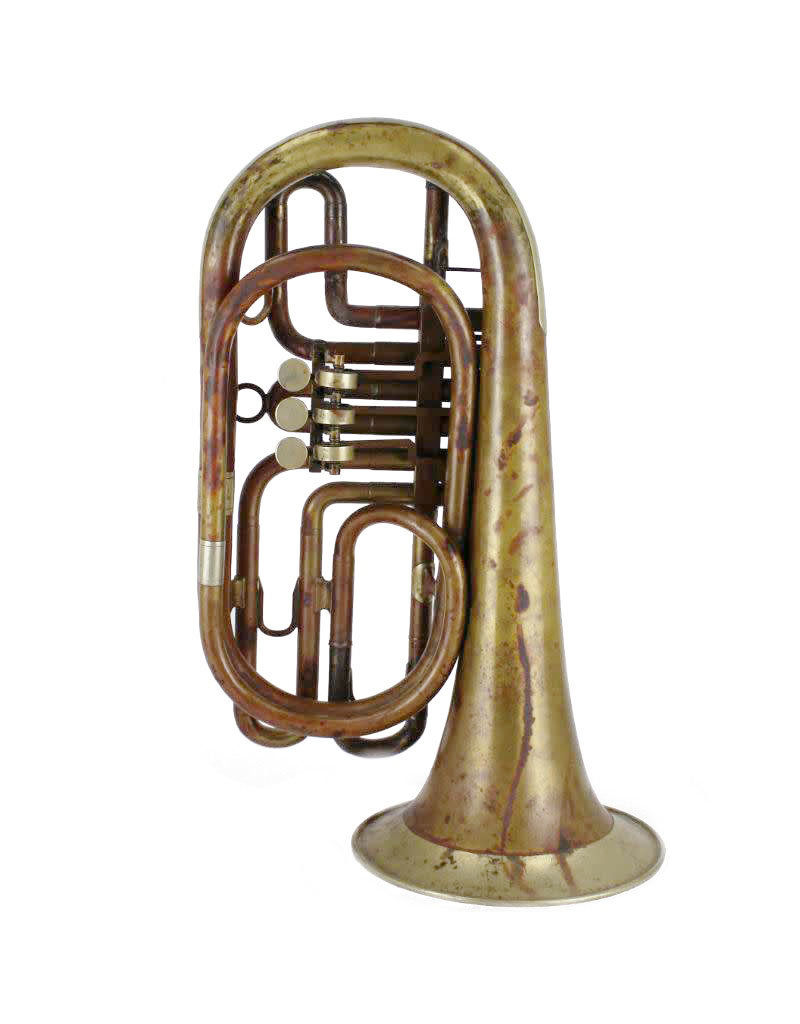 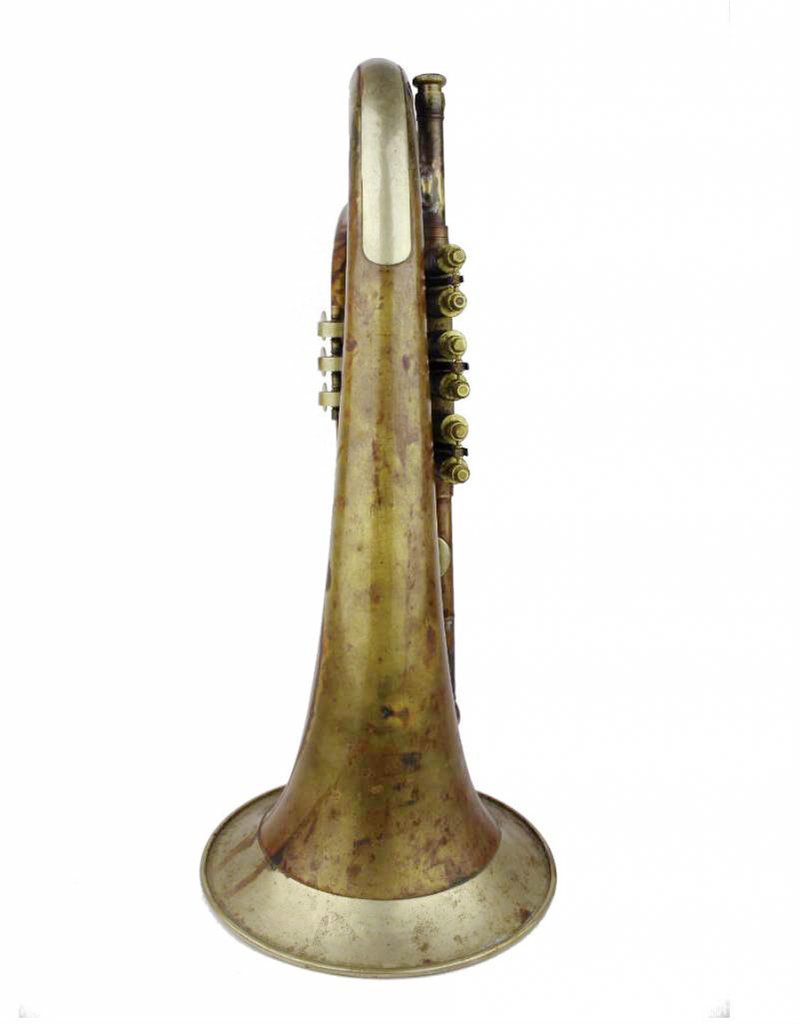 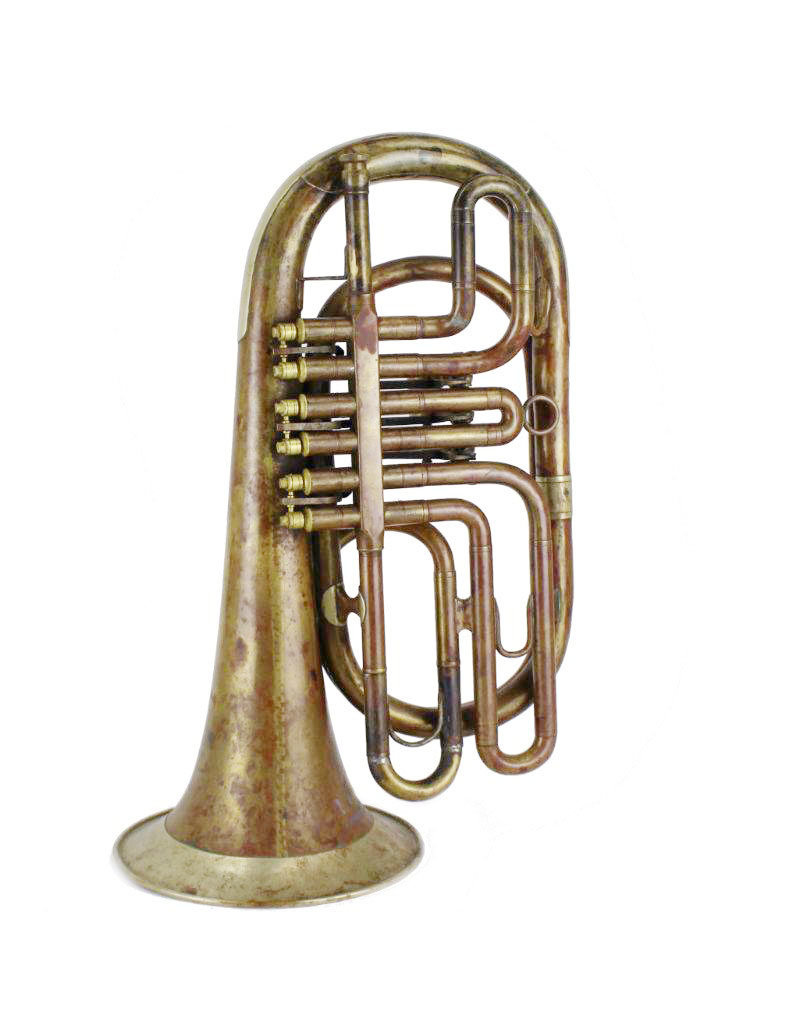 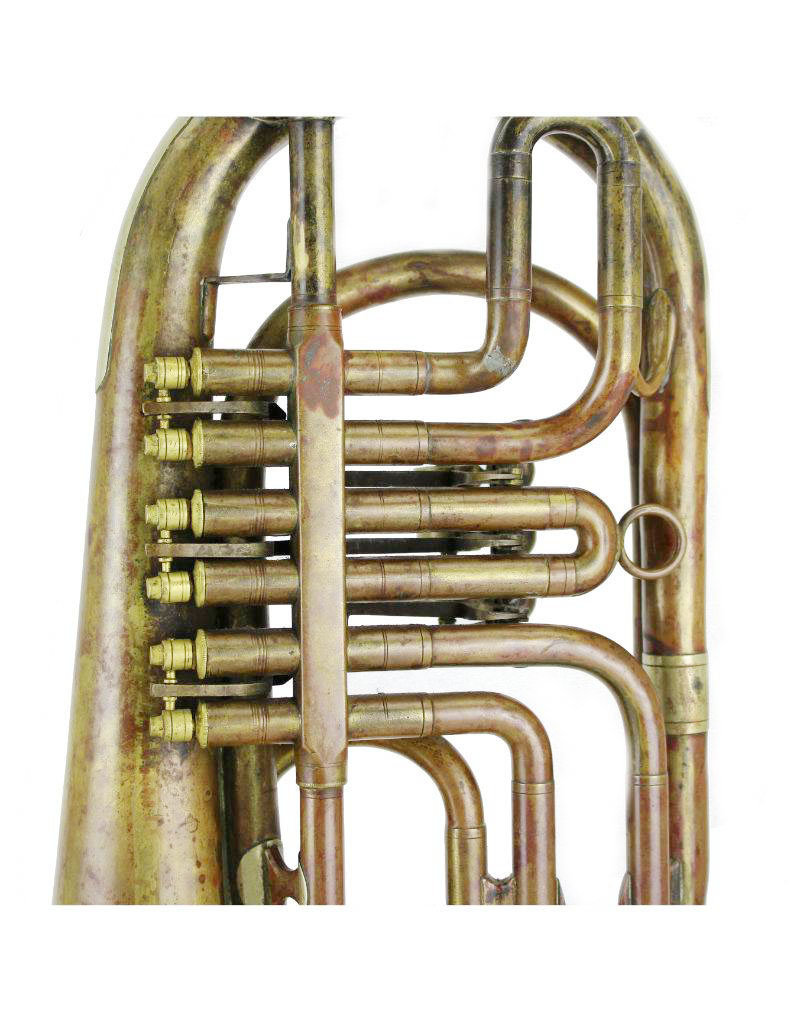 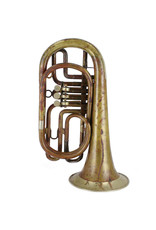 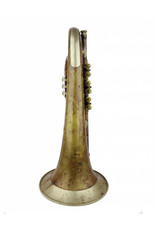 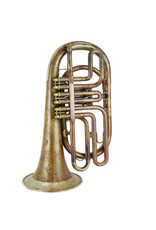 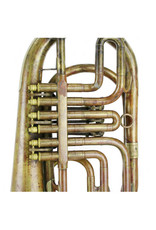 The Vienna-style valve arose during the first half of the 19th century as one of many competing valve designs that sought to allow brass instruments easy, accurate, and durable access to notes beyond the harmonic series. Although only perinet-style piston valves and rotary valves survived from this period in the mainstream, the Vienna valve is still used by musicians in and around Vienna. Due to the path the air follows, it is said that the horns posess a very pleasant legato. Vienna valve instruments are quite rare in their own right, and on a bass trumpet is quite remarkable.

This instrument was likely made by an Austrian or German maker in the late 19th century. It is in playable condition, there have been a few repairs over the years including a patch and a few solder repairs, but there are no major dents and no leaks.