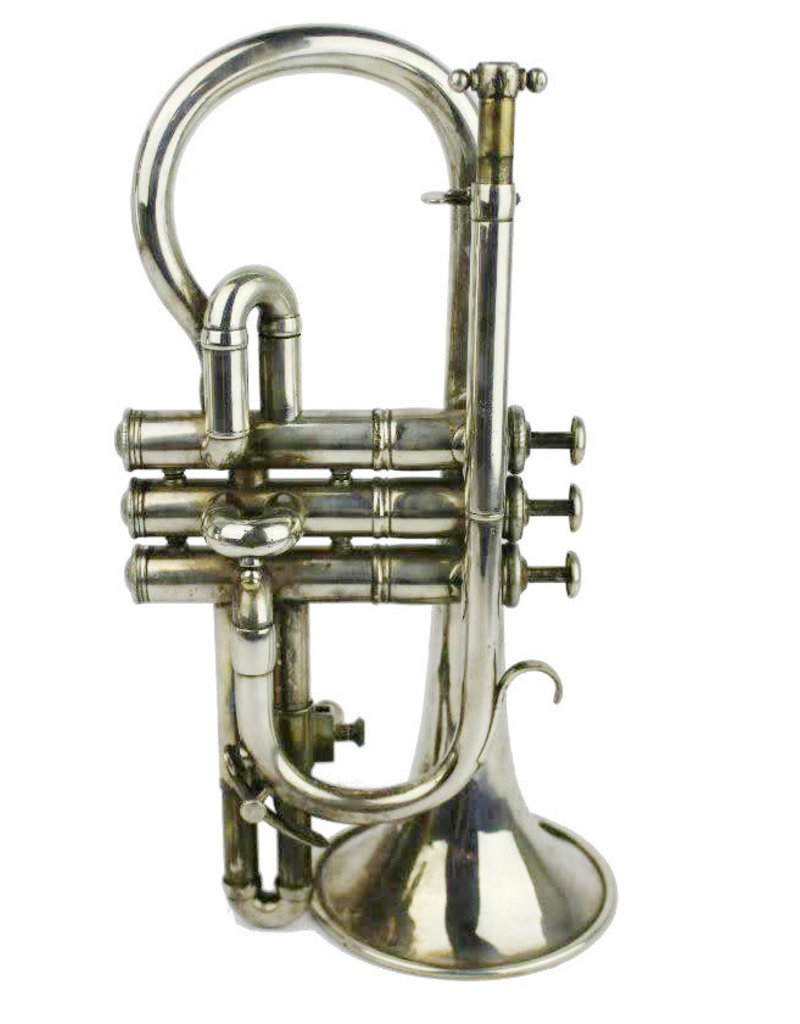 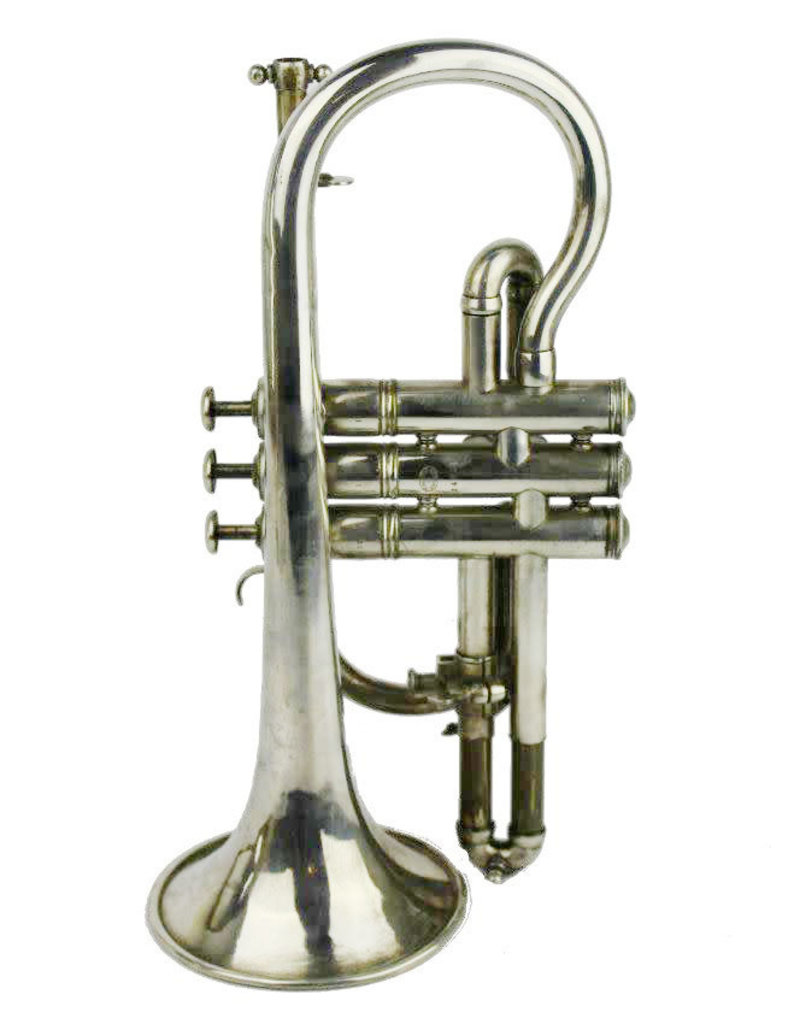 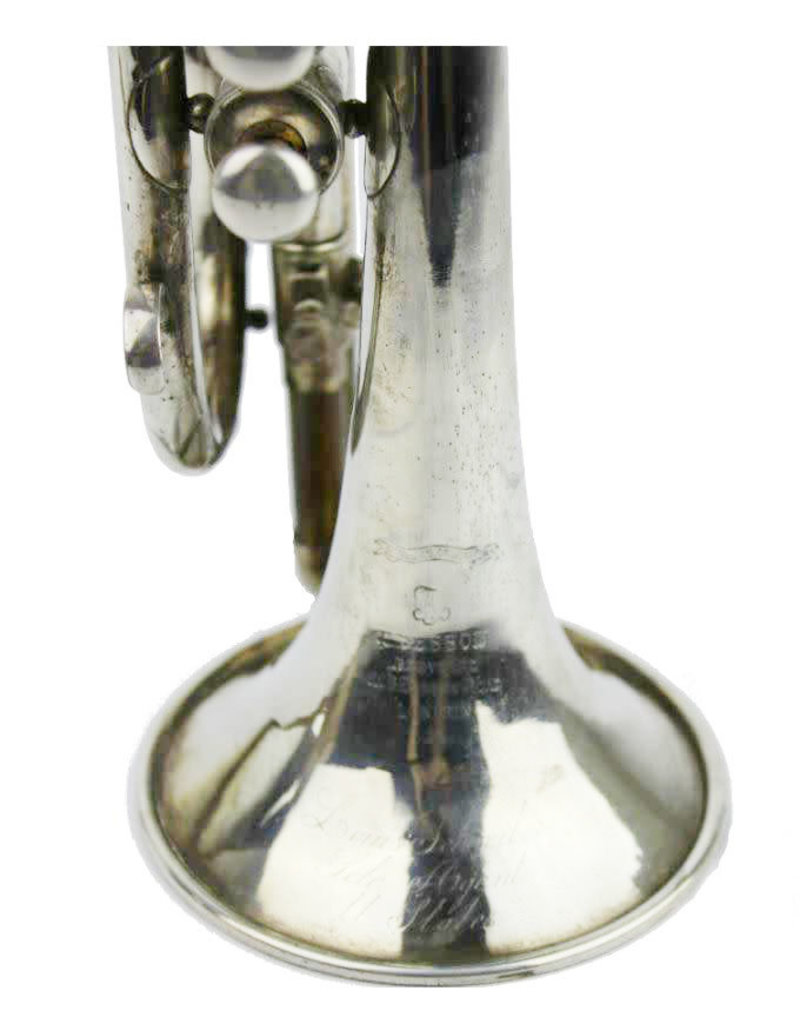 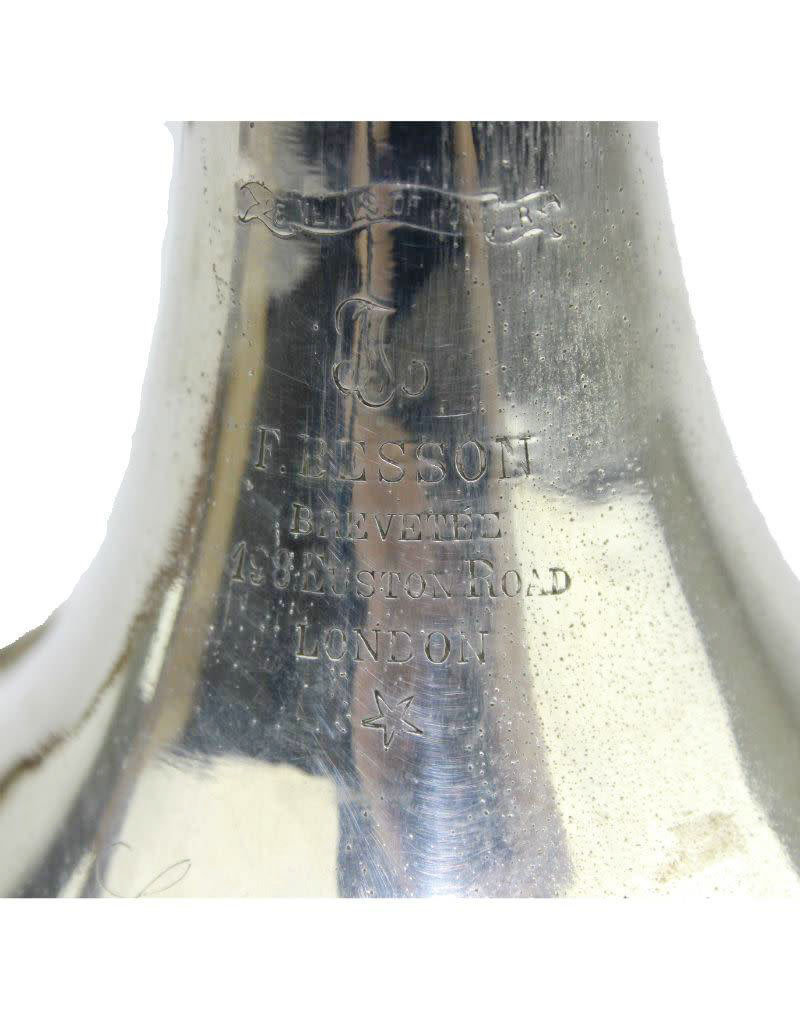 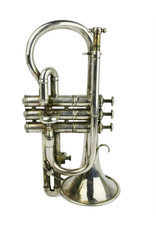 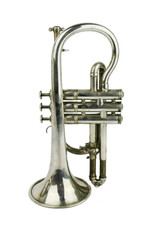 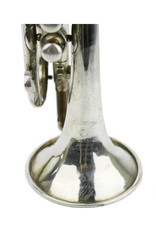 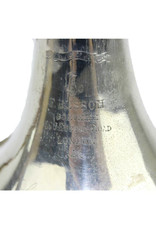 This London F. Besson Eb cornet was built in 1878 and sold in the U.S. by importer and instrument designer Louis Schreiber during his time as the sole Besson importer in the U.S.

Besson was founded in 1837 by Gustave Auguste Besson in Paris, and by 1858 he had opened a factory in London, starting a 92-year legacy of the "English Bessons". Louis Schreiber functioned as an importer of these instruments from 1871 until 1882, after previously building cornets and designing a new family of teardrop-shaped instruments known as "Schreiber horns".

This instrument is in fully playable condition with good action. It includes knobs that allow you to lock the length of the tuning slide and crook.