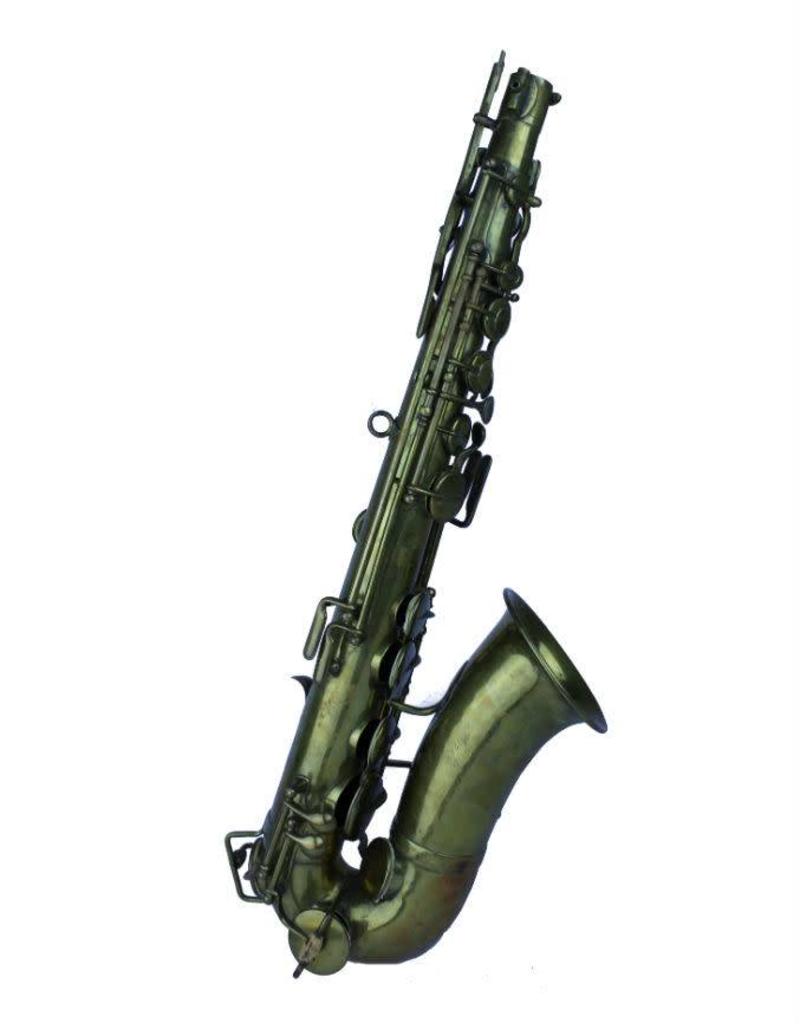 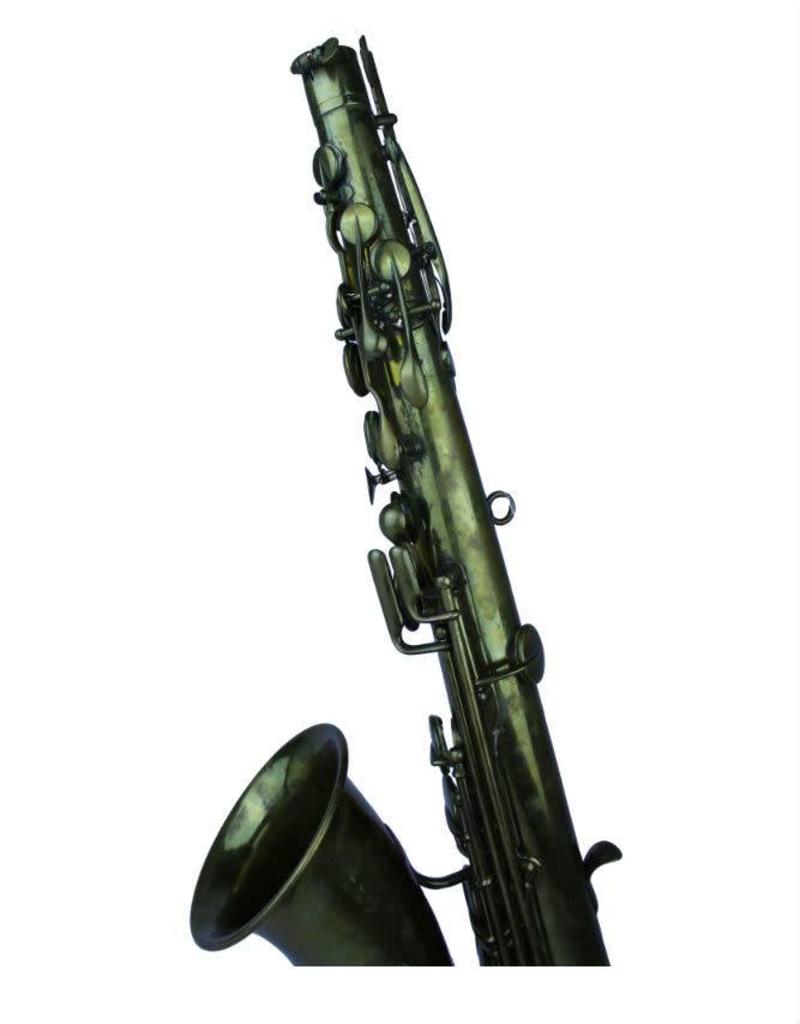 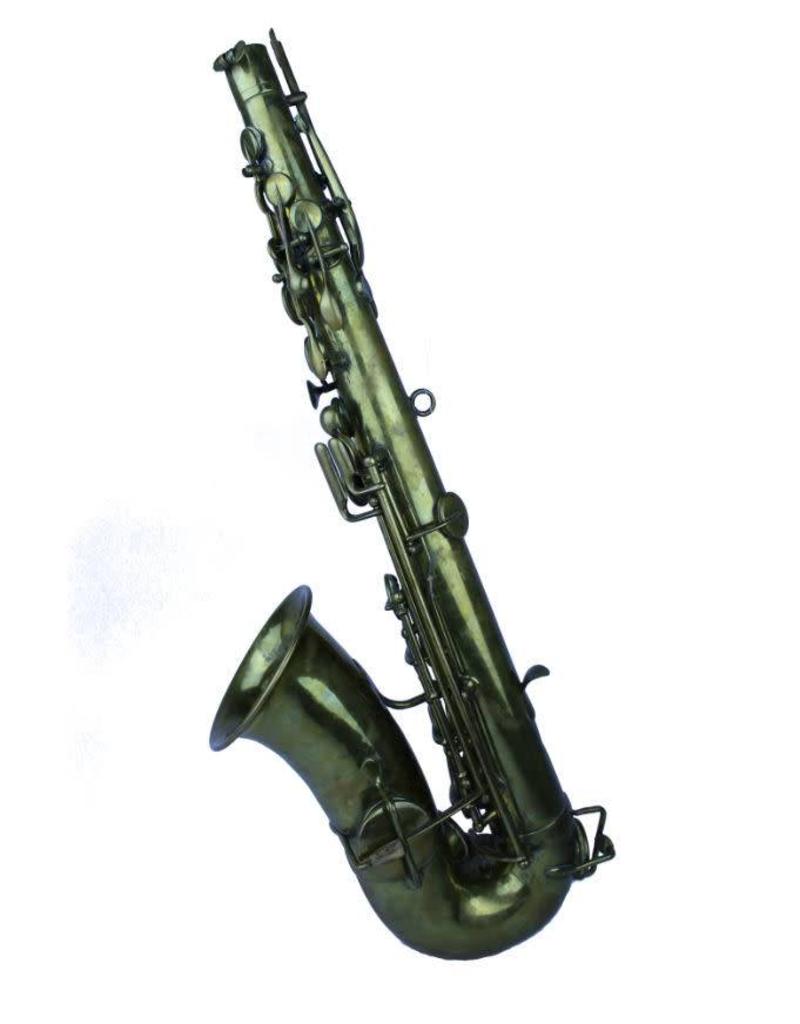 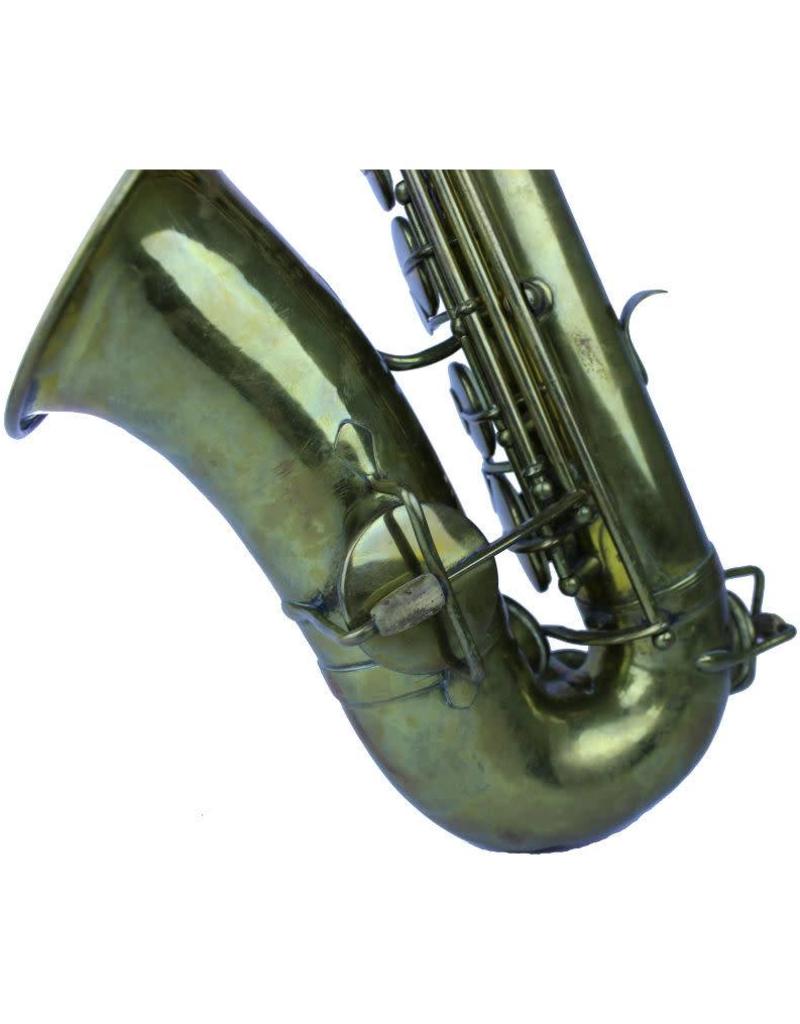 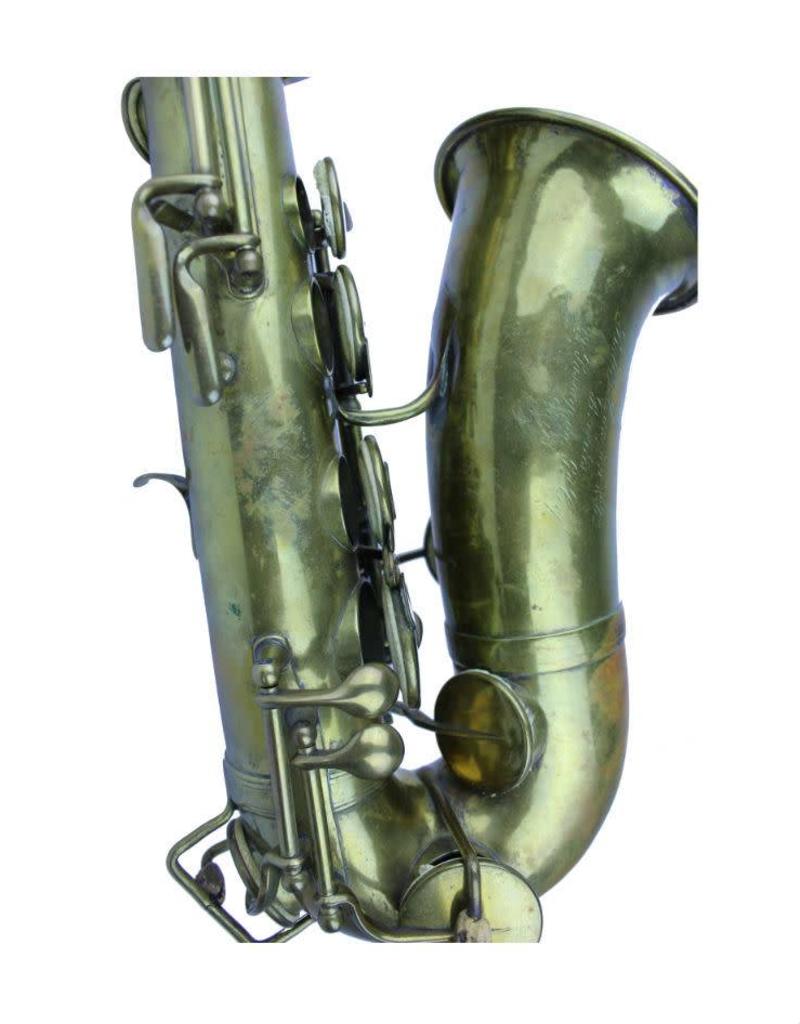 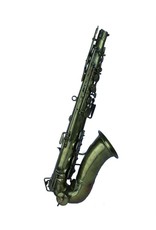 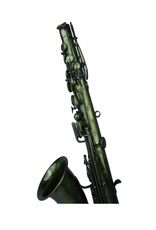 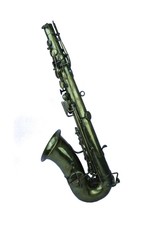 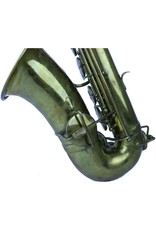 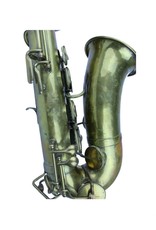 This alto saxophone was built by Buffet-Crampon & Cie ca. 1873. Jean Louis Buffet started his business ca. 1839-1844 and began producing numbered saxophones in 1866 under the management of Goumas.

Under Goumas, Buffet-Crampon was highly regarded for their clarinets, bassoons, and saxophones. At this time, Buffet-Crampon still had a relatively small workforce but had recently upgraded to steam power following the death of Jean Louis Buffet in 1865.

This instrument is an example of the saxophone's development through the latter half of the 19th century and a relatively early example of a Buffet-Crampon saxophone, made during their first decade of producing numbered saxophones. Compared to a modern instrument, a number of keys are not present and there are some interesting choices for positions of some of the keywork.

Overall the instrument is not currently functional and in restorable condition. The body and neck are both free from any considerable trauma.