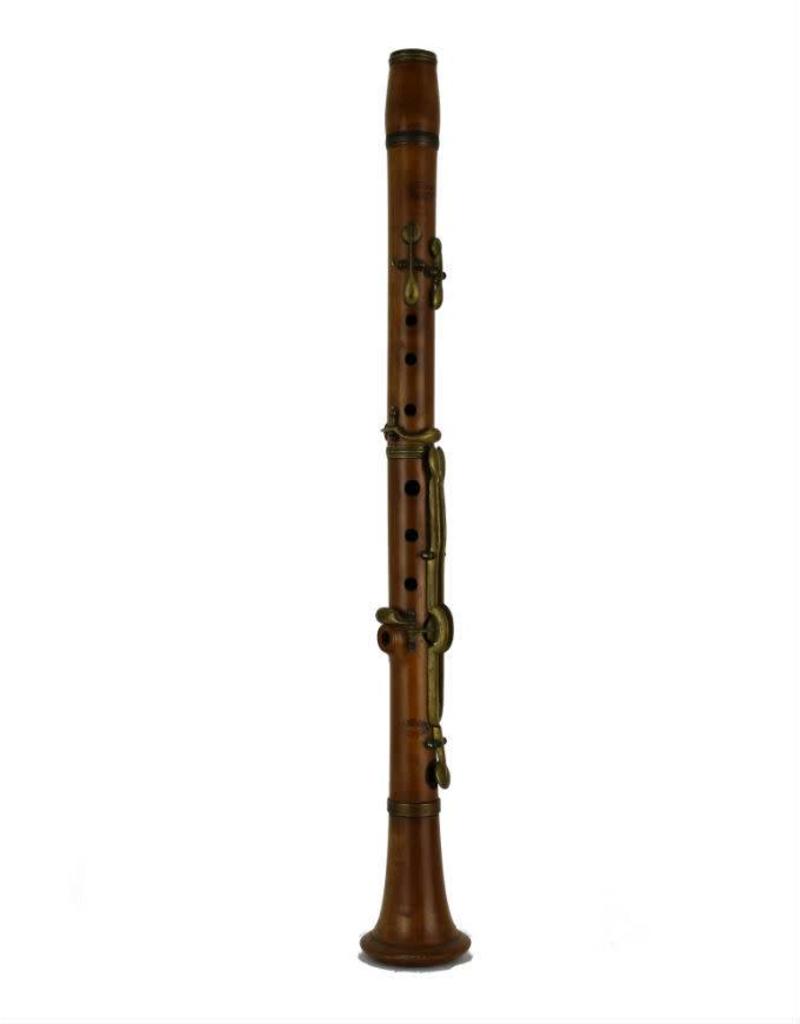 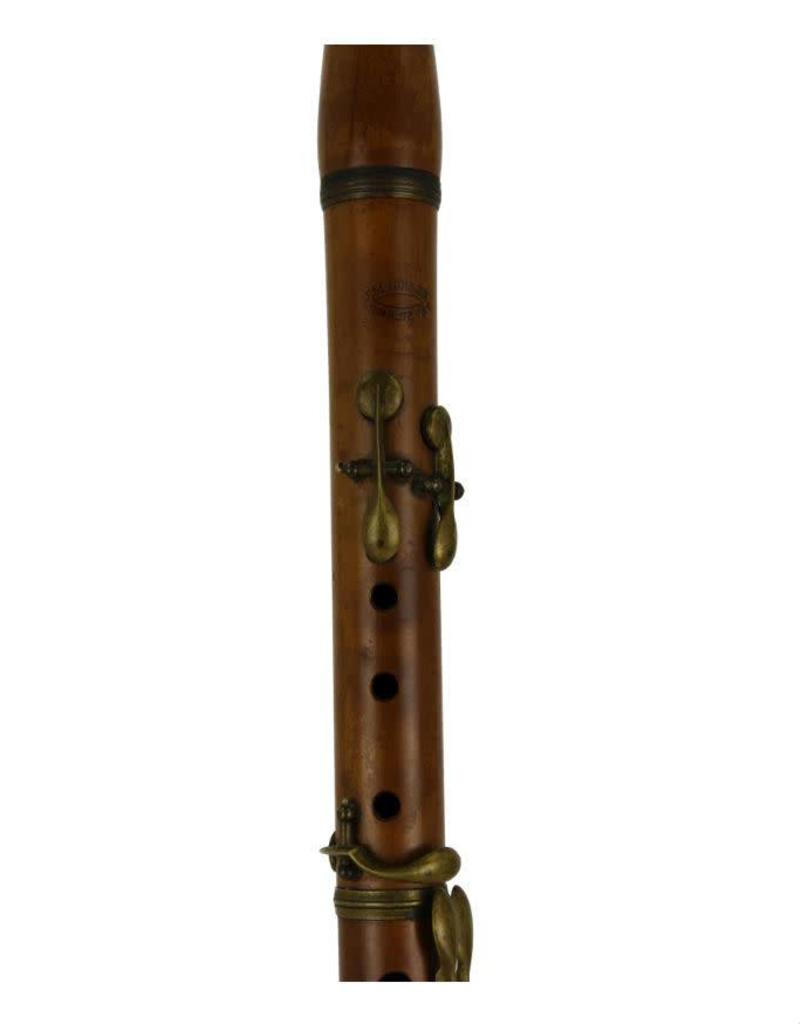 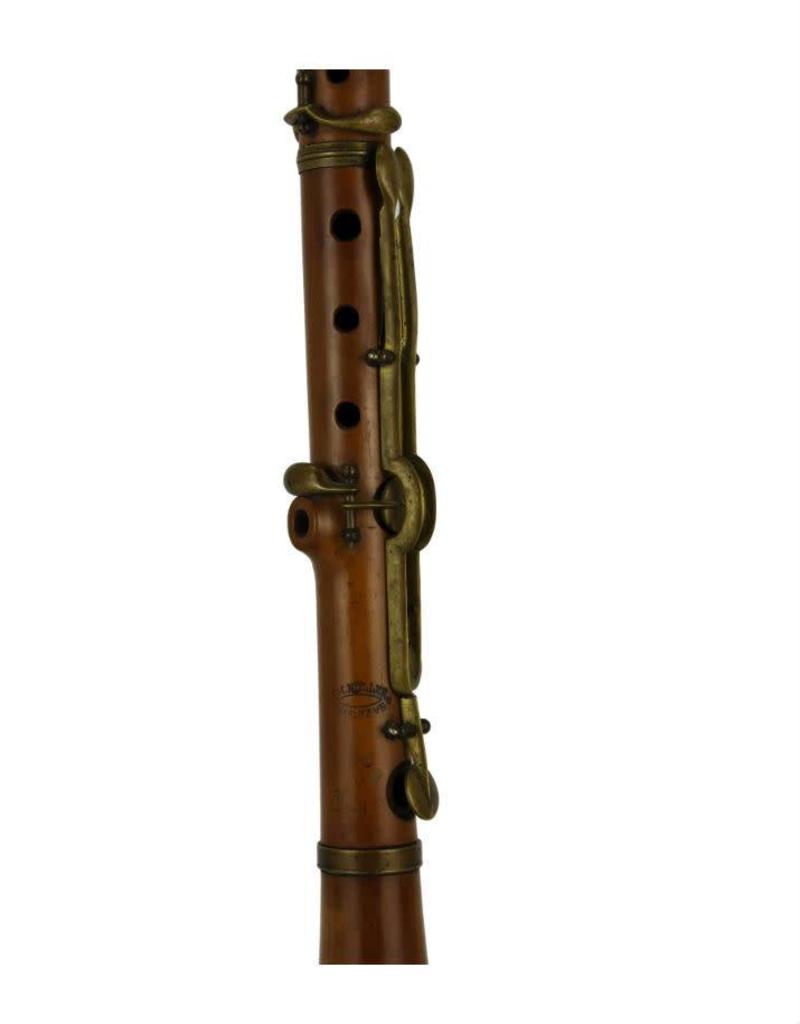 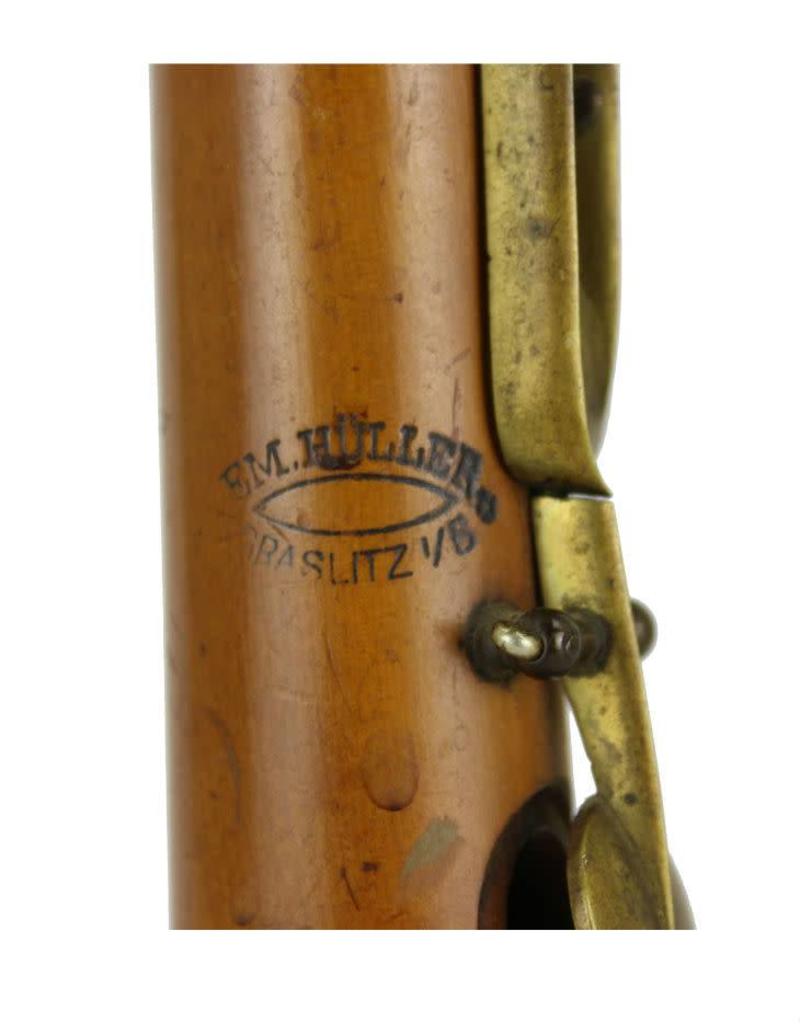 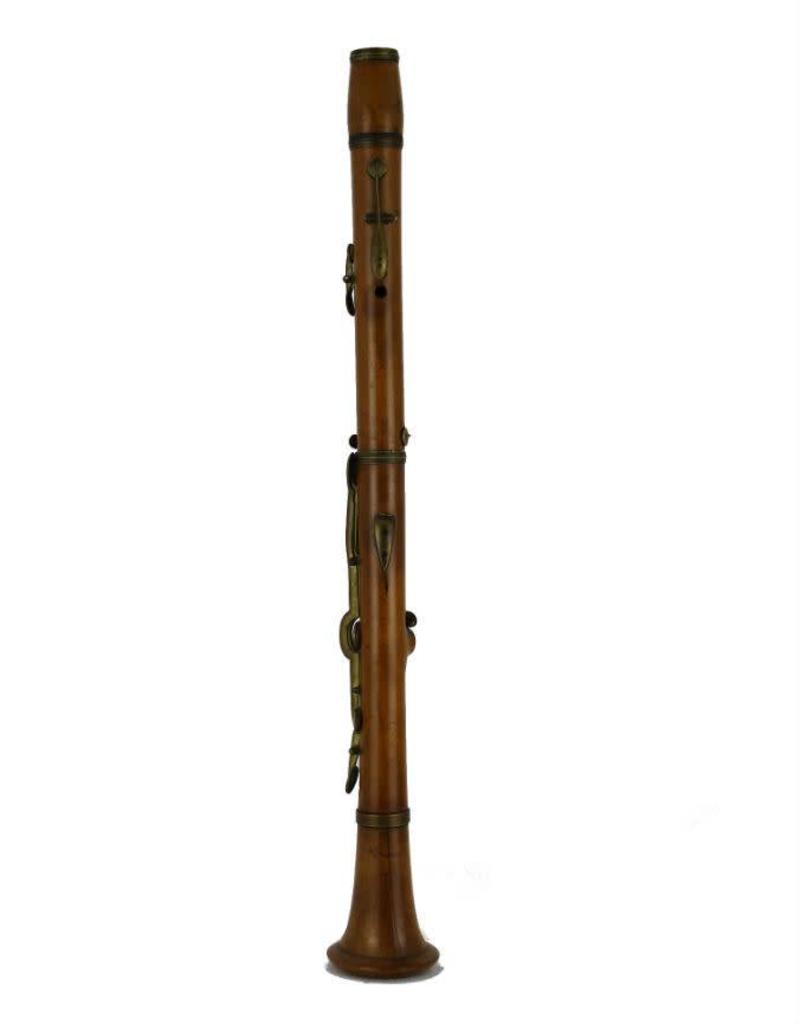 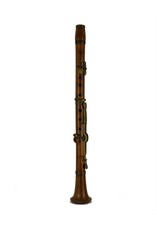 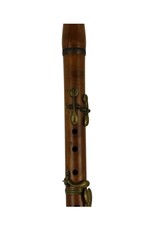 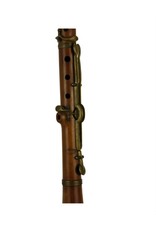 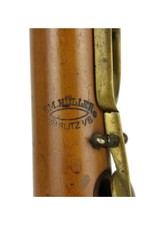 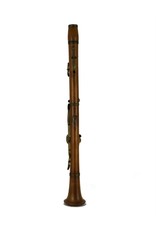 This simple-system boxwood C clarinet was built by E.M. Huller, likely in the mid to late 19th century. Little is known about E.M. Huller except that he was based in Graslitz and was in operation between 1864 and 1916, and was later succeeded by his son, Anton from 1916 on. Huller is listed as a brass instrument manufacturer, but also produced stringed instruments after 1885 and quite possibly produced woodwinds as well.

The instrument is in restorable condition, featuring metal tenion rings. The barrel is presently stuck in place.