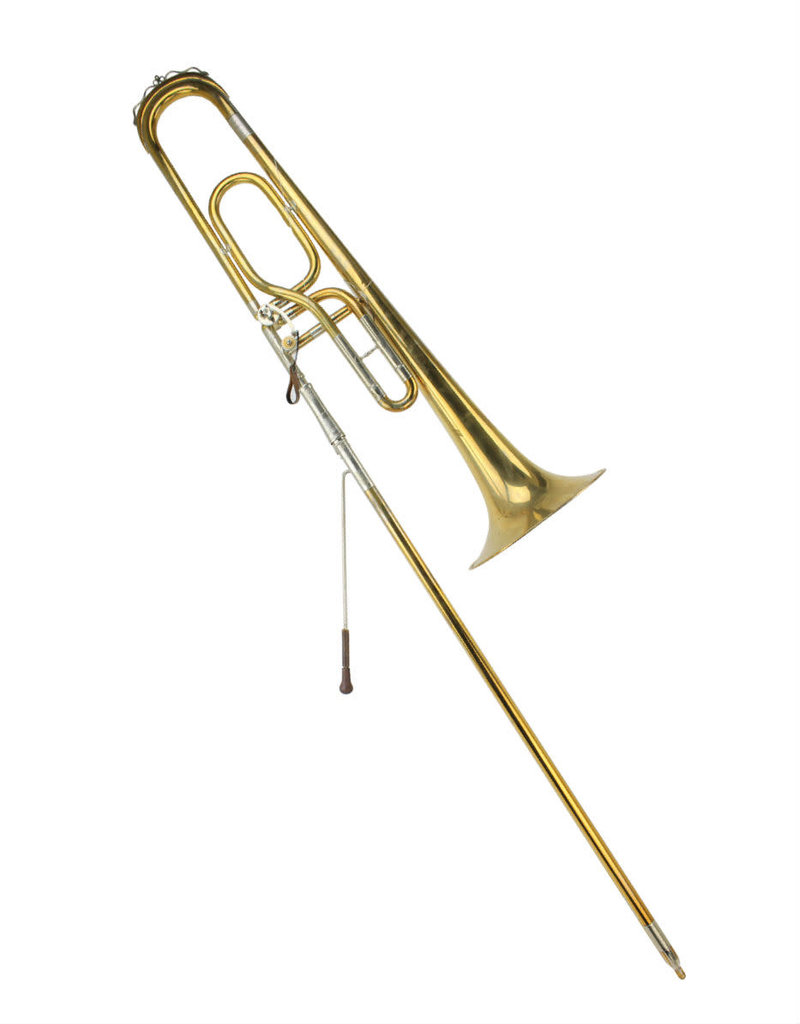 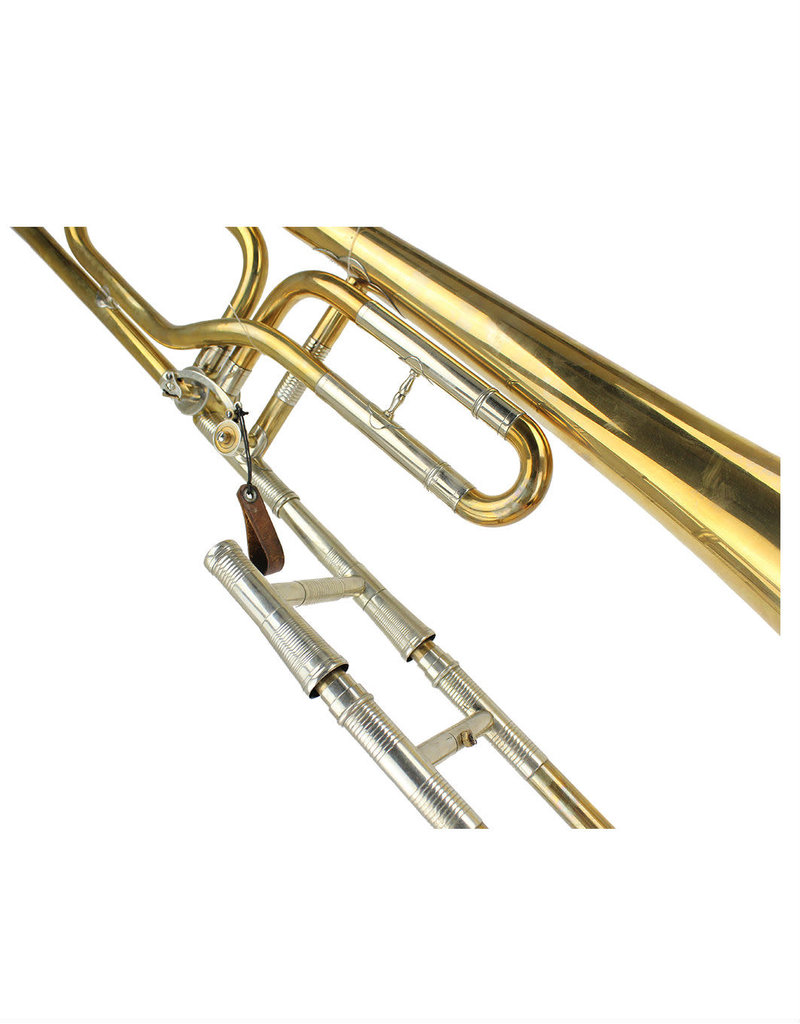 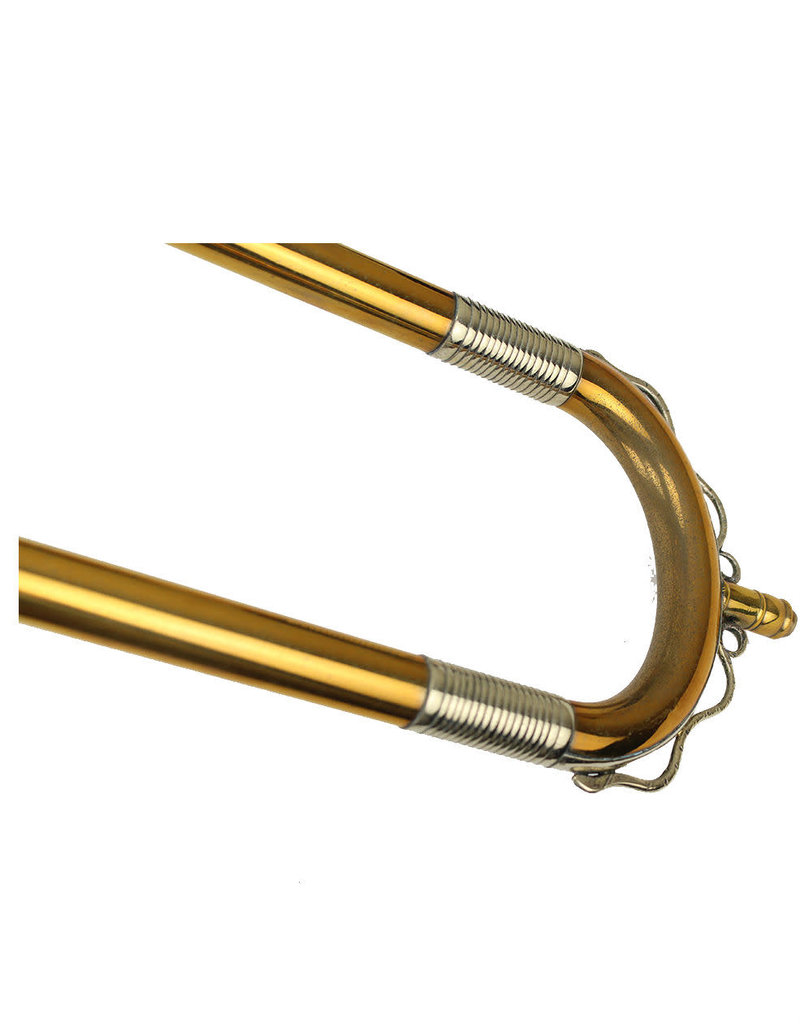 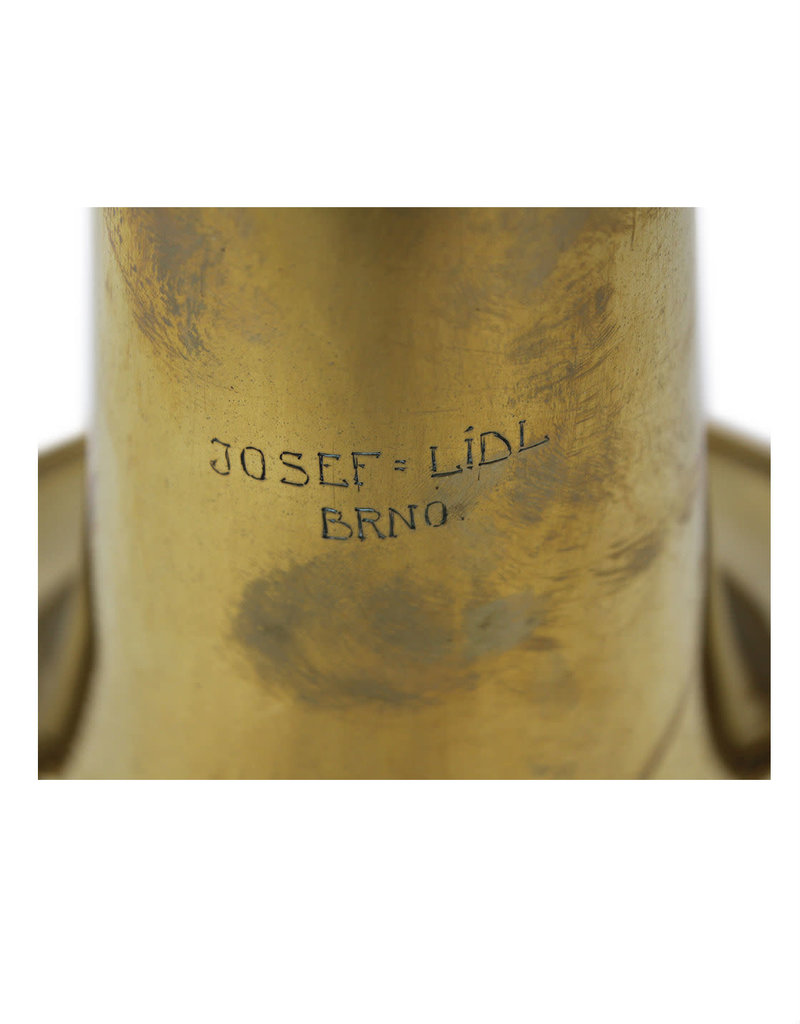 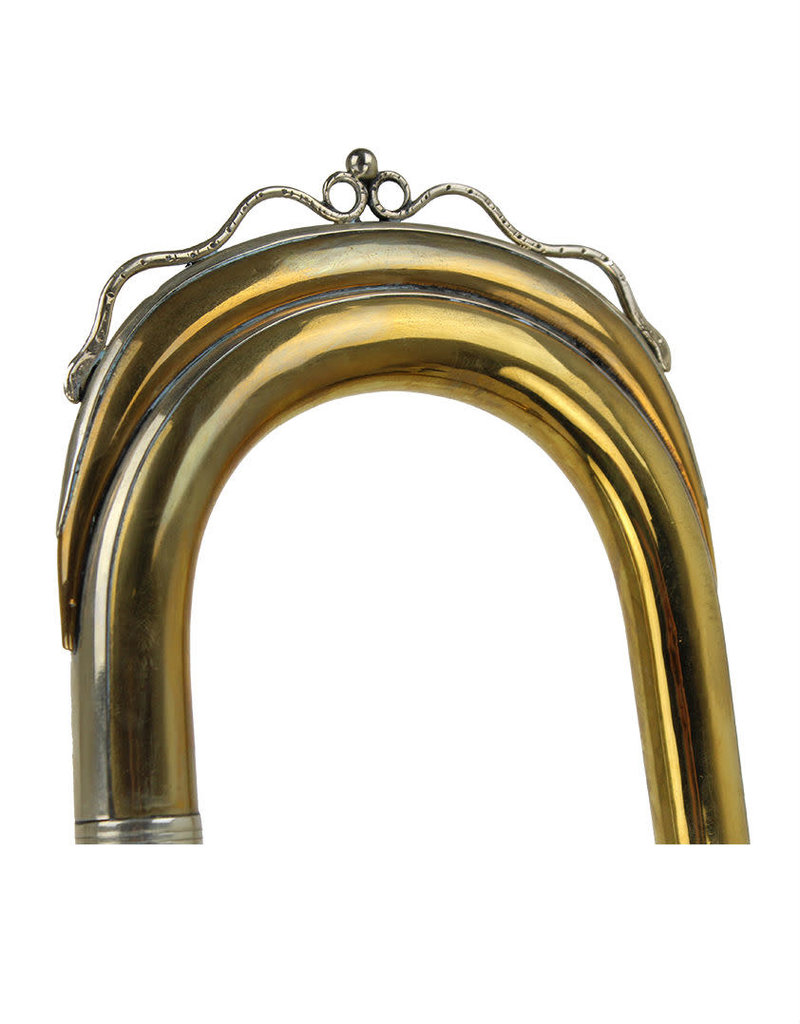 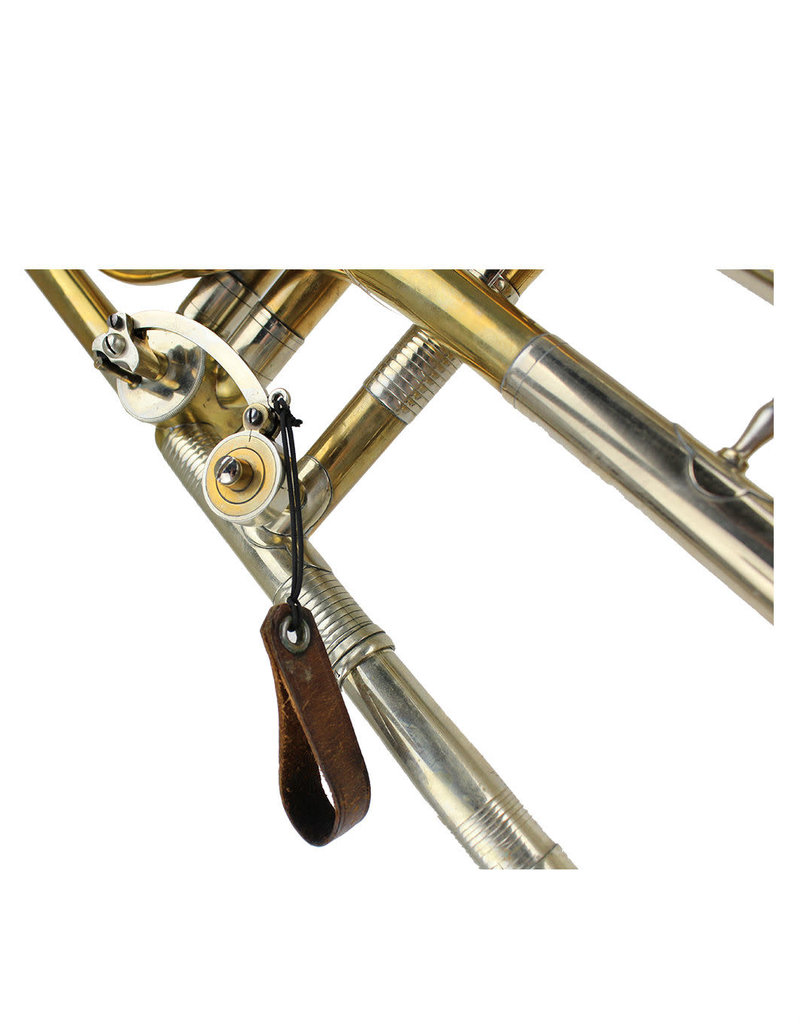 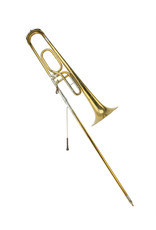 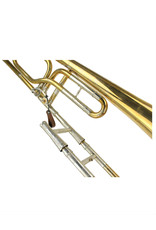 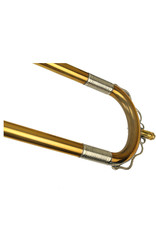 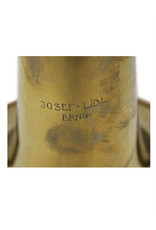 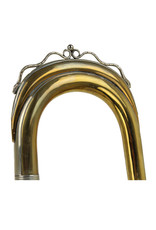 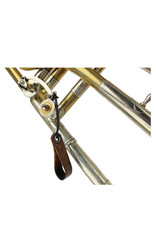 This Josef Lidl Contrabass Trombone in F was built in the first half of the 20th century. With a C trigger and an immense 10.5" bell and >.550" bore, this instrument is not only capable of matching the power of a modern bass trombone, but dwarf it in scale as well.

Lidl was known for high quality instruments, and this instrument is no exception. A discrete water key mechanism, decorative ferrules and snakes, and a spring buffer built into the slide are just a few features. The slide is even prevented from being inadvertently lost with screw-on rings preventing the slide from passing the stockings.

This instrument is an ideal choice for a professional bass trombonist or orchestra interested in historically-informed performance of 19th century music. In ensemble use with orchestral tenor trombones, the blend and tone is unmatched... provided the player has the lung capacity to keep up!